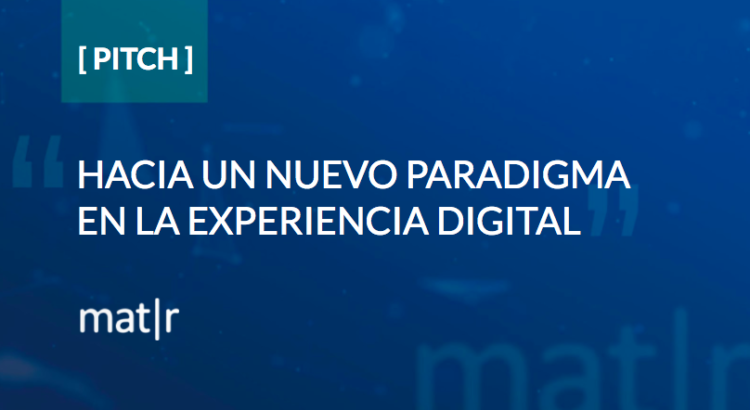 On February 23rd and March 5th, mat|r attended the conferences held at University of Mendoza and at Mendoza’s National Technological University where Sergio Scaglia, software and hardware engineer, was present.

Mr. Scaglia gave a talk on ‘Artificial Intelligence Applied to the Internet of Things.’ His lecture covered several topics, such as a general description of IoT’s architecture, technology, components and protocols as well as the concepts of Data Science and Machine Learning.

IoT (the internet of things) and Artificial Intelligence have independent developments, but they are currently converging more and more. As a result, this alignment leads to the creation of new applications such as Industry 4.0.

In this context, mat|r was introduced as a new development paradigm for the applications of next generation. It is known that the future is bound to the development of multiplatform dynamic applications connected to numerous intelligence and knowledge flows.

IoT can be defined as devices which are designed to be in communication with the web by sending and receiving information that represents imperative commands (input) and contextual data (output). On these basis, mat|r allows building an application that manages communication with a hosted device (smartphone) and IoT assigned devices (thermostat, door opener, camera.)

Mat|r script has been optimized to model digital experiences and has the ability of allowing applications to update themselves from an application model. For this reason, mat|r is the new paradigm: it is language and tool at the same time, letting the user model dynamic experiences in evolution.

Mat|r allows creating applications that can be updated and transformed in a faster, more efficient way.