Dr. Facundo Bromberg on how the DHARMa Artificial Intelligence Lab is using Mat|r as a research tool. 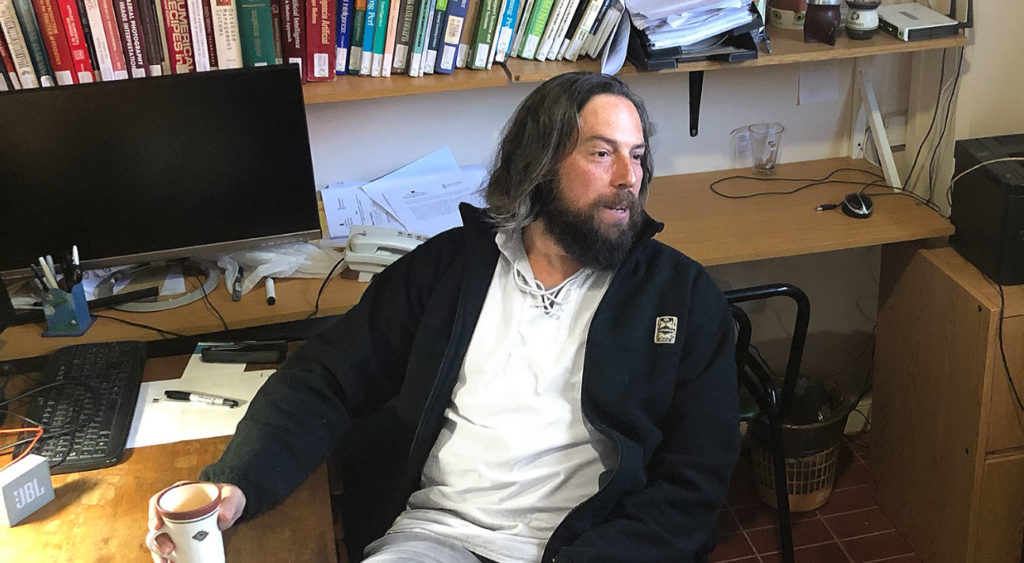 Can you tell us a bit about yourself and DHARMa Lab?

My name is Facundo Bromberg. I hold a doctorate in Computer Science. I’m the founder and current director of the DHARMa laboratory at the Universidad Tecnológica Nacional, Mendoza. The name of the laboratory is an acronym: “Desarrollo de Herramientas de Aprendizaje y Razonamiento de Máquinas” (development of machine learning and reasoning tools). That is the core of what AI does and for the 11 years since its founding DHARMa has focused exclusively on AI research. There are many lines of research and recently in some of them we have begun using Mat|r.

For what research projects in DHARMa are you using Mat|r?

We are using Mat|r in a project that we are developing together with Alexander Rivas,  who is a Sociologist and specialist in the field of Human Digital Communications, together with his Thesis co-director at the Universitat Oberta de Catalunya, Digital Anthropologist Elisenda Ardèvol Piera. The purpose of the project is to confirm the hypothesis that we have developed concerning new factors that contribute to collective intelligence. The idea is to discover what contexts, communication protocols and rules of social behavior facilitate the emergence of intelligence.

In reality, Intelligence is the ultimate purpose of any collective human endeavor. A government is smarter if it succeeds in what is proposed, a company the same, a team of people, etc. The idea is that there is a factor that we have to measure in people and that factor is self-determination. We could describe that in a few words as the liberty that a person has in making decisions, free of the influence and control of others and that they feel free in their decision making process. To measure this in humans is a complex task. It is necessary to design questionnaires that meet certain statistical requirements and restrictions, so that the data collected is valid, and a large enough sample of people is taken.

Our hypothesis is embedded in the digital environment. The idea was to study this in digital organizations, or in systems of human coordination through TICs (Information Technologies and Communications), so naturally the questionnaire was going to need to be in digital format. We started with the idea of ​​doing a digital form which we would distribute. But the idea of the form was limiting, as we would have to convince each individual to download it and provide us with the data we needed. This approach would not result in response rates sufficient to satisfy our need. So we decided to develop a much more complex mobile app using Mat|r, that could provide an incentive for subjects to participate and thanks to Mat|r we were able to do it.

The idea is that this app would implement protocols of an organizational methodology for collective decision making. It is a relatively novel interactive organizational methodology that allows human teams to make decisions asynchronously and remotely. The decision-making process moves forward with micro tasks, micro-decisions and micro-contributions made by participants and this is how the decision is ‘constructed’.

The idea was to attract people to provide the required data by offering them an app that would aid them in the decision making process. In the process of users making decisions using the app, the app could collect the data needed to fill in the questionnaire autonomously. Because the information will be collected by the app from all the users interaction, in the end we would need very little direct input from users to complete the needed data. As the app collects data for every micro-decision and micro-contribution made by the users team, we can get data to derive many answers from the same team.

Why use Mat|r for AI research?

The research project we initiated with Alex Rivas was a bit new for us, because we are in the information systems department. Until Alex joined us for this project, our team were all computer scientists. For Alex, who does not come from the computer world we needed a quick and easy-to-learn technology. This was an issue for me as well, as I, like the rest of the DHARMa team have extensive experience in scientific research, but no experience in mobile app development. Mat|r provided an easy solution, in that it made application development accessible to all of us. This allowed us to make a change in direction in our data collection method and create a much more complex and social app.

We started with a computer science student doing the app development work with Alex (the sociologist), and in a very short period of time and with the research funds available to us, we were able to develop a complex app for iOS and Android. Alex continues to improve and make changes to the Mat|r model on his own which are immediately reflected in the mobile apps generated from the Mat|r model.

What advantages, if any, does Mat|r|script have in modeling or describing the behaviors that your are researching?

The promise was that it was faster. Programming with Mat|r is faster and easier. What we found in Mat|r|script was a complete programming language, which allows us any kind of logic, and at its highest level, in its programming paradigm it has the great advantage of simplicity.

For someone who does not have much experience and does not have a foundation in application theory or language, it is much more natural to learn concepts and data structures as experiences or rules, and not have to work with events, hooks or similar things that are more complicated. It is simple for a researcher, to create a data model, in a manner that for them is very natural.

The language itself has the functional complexity of any other language, but the general paradigm in which the large elements of the app are structured is more at the level of a “power user” with no development experience.

As a research scientist, not a professional programmer. What did Mat|r add to your research that was previously not available?

In the area I am working now, it is the possibility of doing “crowdsensing” easily with Mat|r. For us the amount of app development that is at our disposal has a huge impact for research in collective intelligence. We can count on crowdsensing for automatically collecting relevant and meaningful data and we can generate interfaces to that end easily with Mat|r.

In addition when we connect this to IoT, which is something that is also an area of investigation in which we are working, we are going to easily be able to interoperate all that data in a simple way, collect and produce interfaces to collect that data, which is one of our most complex tasks.

Anything else that stands out to you in Mat|r, or how it might be used in future research?

For the future? In reality, maybe it’s going to be the other way around, knowing that we have this tool perhaps will inspire us and will modify where we focus our future research.

Knowing that we have this facility, and in addition the IoT connection and the direct connection between mobile phones with MQTT, the possibility of doing, for example, distributed computing for decision making, through direct communication between cell phones, without the need for servers is very tempting.

The idea of ​​being able to take assisted decision-making, the decision for example of “where do I have to go”, an algorithm that captures the data of a lot of mobiles, for example; fans having to evacuate a sports stadium. The Where am I going? app would show you the best exit route, but the solution would emerge from the data that is being captured from all the cell phones in the stadium in real time. Harnessing the computing and data generation power of a network of mobile phones, could be a very interesting avenue of exploration.

These sorts of things are very interesting ideas to explore and without a platform or a framework such as Mat|r, we would not even be considering these areas for research or thinking we have the possibility or the feasibility of doing something requiring such complex application development capabilities.