In this section, it will be shown how to set up a project in order that the mat|r application can be published in the supported platform stores: Google Play and App Store.

In order to describe the process to obtain the application project, it will be shown how to create a sample app, to generate a new version of it and, then, to download the project for each platform. Besides, the steps for running the app in a device will be explained, as well as how to publish it in the digital stores, Google Play and App Store.

Creation of a Sample Application

In the mat|r platform, create a sample application and copy the following code snippet. It consists in a button associated to a rule that shows an alert.

Next, save changes by clicking the SAVE button and, subsequently, publish the app in order to create a new version. To do so, head to the Deploy section and click on PUBLISH. 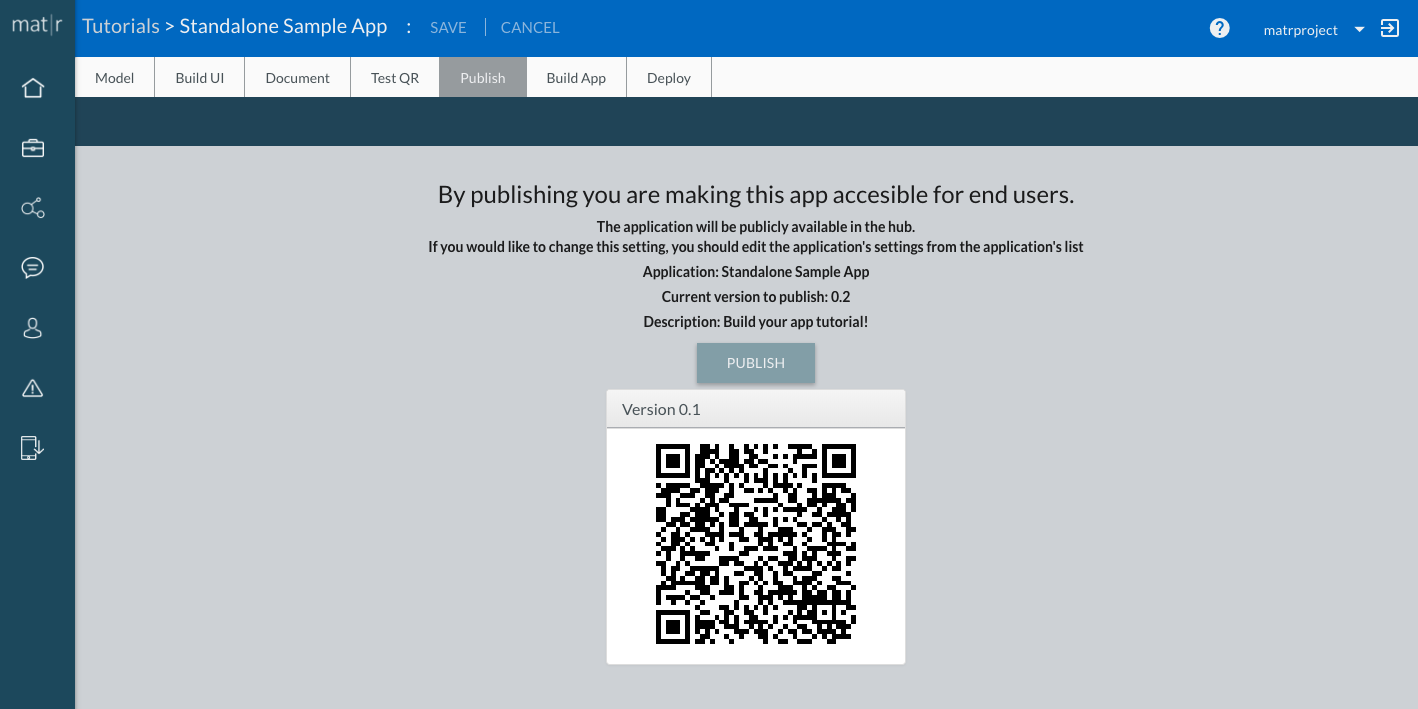 To bear in mind: every time a change, either visual or logical, is made in the app, this process must be repeated to see the last modifications in the app. In fact, the application checks with mat|r platform if the last published version is running. For this reason, business logic, interfaces or anything needed can be updated without having to publish the app in the stores again.

Once the first version of the app is published, the properties of the downloadable project to build an app can be configured from the Build App section. 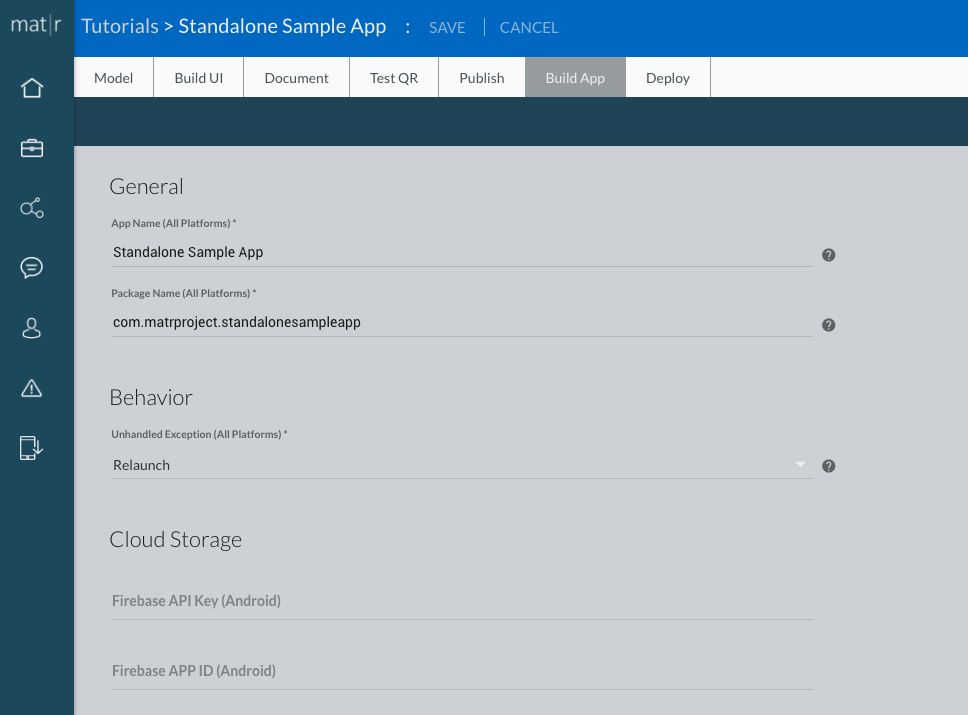 There are 3 main sections:  General, Behavior and Cloud Storage. These will be explained below:

Once the fields of the app have been configured, remember to save the changes (‘SAVE CHANGES’ button).

All set! Now, the Android Studio and Xcode projects can be downloaded to build the app, display it in devices and publish it in the digital stores. The following tutorials explain everything needed for these tasks: